A Look Inside Northshore Plastic Surgery By Benjamin J Boudreaux M.D. on April 19, 2016

A look inside Northshore Plastic Surgery 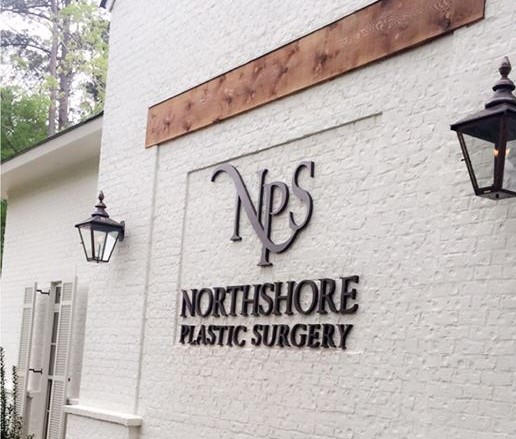 As most of our established patients may now know and for those who are interested in coming to us in the future, Dr. Benjamin Boudreaux has made the move to our new home on the Northshore. Our new location is 3401 East Causeway Approach in Mandeville.

Dr. Boudreaux has been operating here since the first week of March and everything is running wonderfully. We’ve had amazing feedback from our patients loving the look and feel of the office.  We would also like to give a big “thank you” to BMAC Interiors for putting the final touches together.

With all the chaos of moving into the new building we would like to give everyone a little insight on what’s been going on behind closed doors.  Dr. Boudreaux has chosen Northshore Anesthesia as the preferred anesthesia group. He has brought in a few new RN’s to the NPS family as well as new additions assisting in surgery.

Tiffany Houser, NP –Tiffany graduated from William Carey College School of Nursing in 1995 and received her Master's Degree from Southeastern Louisiana State University School of Nursing in 2011.  Tiffany's background includes women's health, labor & delivery, neurology and facial aesthetics.  She specializes in cosmetic, non-surgical services. Tiffany will be taking over all Coolsculpting, ThermiVA and Picosure tattoo removal treatments, as well as being available for all injections.

Elise Mnichowski, RN – Elise is our new clinic nurse. She will be assisting you along with Kaitlyn, RN during clinic. Elise is a full time RN here to answer any questions or concerns you may have before and after surgery. She will be doing your pre-op as well as seeing you through the post-op/follow-up process and will fill in recovery as needed.  Elise has been an RN since 2011, graduating from LSUHSC School of Nursing and was a nurse with Children’s Hospital since 2011. Her warm and bubbly personality has been extremely welcoming to all of the staff and patients here in the office.

Dana Lidell, RN – Dana is a graduate of Southeastern and Charity Nursing. Experienced in pre-op and recovery, she has been a nurse since 2007. Dana will be admitting you to surgery, getting you prepped upon arrival the day of your surgery and during post-anesthesia care.  Dana’s calming bedside manner has been a comforting asset to our patients throughout recovery and departure.

Most of our established patients have come to know & love Christina, RN. Christina has now moved to surgery with Dr. Boudreaux. The roles she played have now been directed to Elise during clinic. Christina was also previously doing tattoo removal and ThermiVa which is now being performed by Tiffany Houser, NP.

Lauren Brumfield, First Assist –Lauren resides in Hammond, LA and has been assisting Dr. Boudreaux in the OR at Cypress Pointe Surgical Hospital since June of 2014 and has now joined NPS full time. She graduated as a surgery tech from Medvance Institute in 2011 and then onto First Assist School in 2014. Lauren plays the role of first assist in surgery to Dr.Boudreaux.

What Else Is New

After the brief review of the added members to our staff let’s talk about some of the advancement’s we have brought in.

Northshore Plastic Surgery is now offering Vectra 3D imaging. Vectra is a machine used to create a virtual 3D image for before and after procedures. This gives you a build of the possible outcome after surgery. It has features such as being able to choose different implant sizes and shapes. This has been a fun aspect to add into the consultation process and our patients love it. Although this 3D image isn’t an exact outcome to expect from surgery it can give you a little insight on what results can be.

Kybella –Kybella is used to improve definition along the chin and jaw line areas. This is a subcutaneous injection that melts fat underneath the chin. This treatment requires a series of injections 6 weeks apart until desired results have been achieved.

If you would like to learn more about Northshore Plastic Surgery the Grand Opening would be a fantastic place to start. It’s quickly approaching on Wednesday, April 27! Don’t forget! You don’t want to miss out on your chance to win the grand prize. Here’s how it works; we will have to vendors set up throughout the office in different rooms. You will begin by getting a passport as soon as you walk in. You need to get a stamp from each room to complete the passport. Once you have a stamp from each room, turn your passport in to be eligible for the drawing.

Don’t forget that you can subscribe to our email blast to keep updated with all the latest specials and promotions going on at Northshore Plastic Surgery. Give us a call at (985) 237-6050 to make sure we have the correct email address for you. 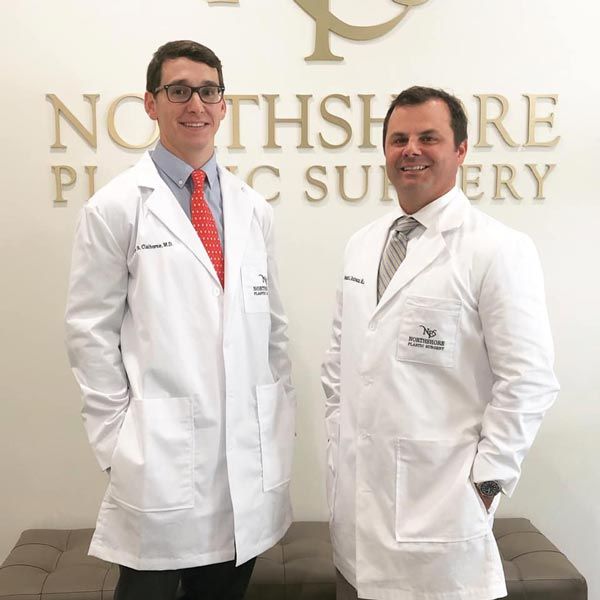 Dr. Boudreaux and Dr. Claiborne are committed to providing the very highest standard of care with a friendly, down-to-earth approach. Northshore Plastic Surgery has been voted a top doctor on the Northshore, New Orleans and is affiliated with prestigious organizations, including:

"From Dr. Boudreaux's wonderful bedside manner to his amazing staff, I could not have had a better experience! I have recommended and will continue to recommend Dr. Boudreaux to my clients and friends."

*Disclaimer: results are not guaranteed, may not be permanent, and can vary per individual. Some images are of models, not actual patients.